Into the Future, the last Sims 3 Expansion Pack.

With all this talk and speculation about Sims 4, it's easy to forget that the Sims 3 still has one Expansion and Stuff pack to go.

Now here we did have a lot of hands-on time with the game. Then I did something I do with every new expansion. I lay out all the Build and Buy stuff on one enormous lot to see what new toys I have to build with!!
The funny thing is, all the builders did exactly the same! Some people wanted to check out the first Create a Sim items, or the gameplay. Not builders, we want the goods!

I made a ton of screenshots of all the new things, but I didn't get them. It seems all the things need to be arranged in a room setting. Mine were a big lot full of stuff. I can see how that makes little sense to people without a bit of decor. Moving on with what I do have!

I love building, any style. I have discovered many styles by building in the Sims, but my favorites will have to be anything fantasy and Sci-fi.

Here are a couple of examples of my work that will get an update with all the Future things! There are usually more pictures in the download links. I will have a section up with builds, but that's still under construction. (I am such a noob to blogging. The controls alone took me a while to process.) 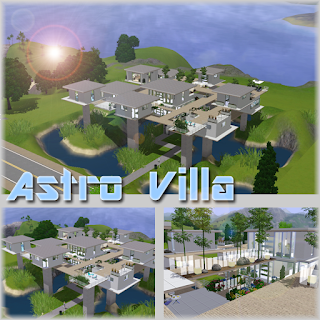 I used a lot of plants with MoveObjects to make indoor hanging gardens, well my prayers are answered, because now there are several plants, like the bamboo and Boston fern!
In my background story, the soil didn't yield much plants, that's why my future people had to have their cultures up in the sky with them :D
Now some Into the Future screenies.

I wish I had these while building Astro Villa. I love the look. So there are cattail-like bushes, ferns, banana leaves, rocks and water lilies!

I just love the new windows, especially the circular one. This will not only fit well in a futuristic build, but I think it will also look great in a modern Zen, Japanese house.


Now I also love making spaceships. Especially spaceships from games or series that I love.


So my favorite expansions for futuristic builds are Late Night and Showtime (The props are truly excellent!) and the High-end loft stuff pack.

Initially made for Lunar Lakes, but it will look great in Oasis landing, the new world. Now this looks great. Depending on how you play, you can unlock a dystopian, normal or utopian future.
Now this I love. I love books like Brave New World and movies like Demolition Man. 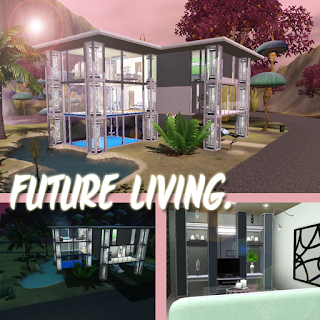 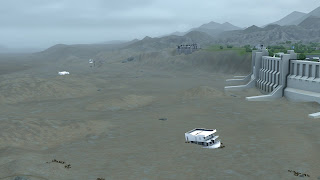 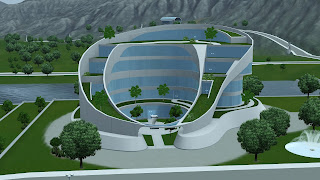 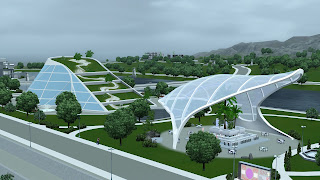 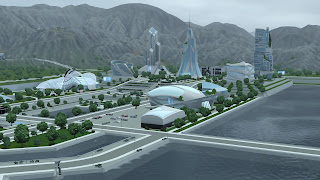 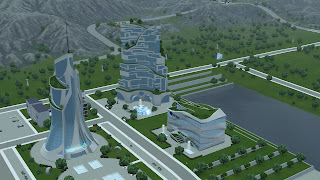 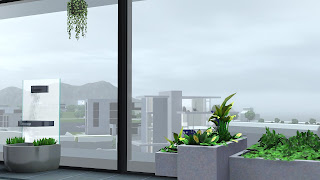 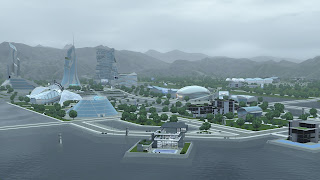 There is a new high-tech skill. Having a low skill could be risky when using the new things! 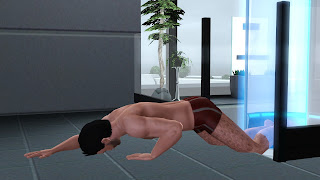 For more in-depth actual gameplay, I would like to refer to this video, they said it very well!


I look forward to it! It's like they made this expansion with me in mind! Can't wait to start updating some older builds and making some new ones!

Weather Control station Alpha (More like a secret Alien base) . 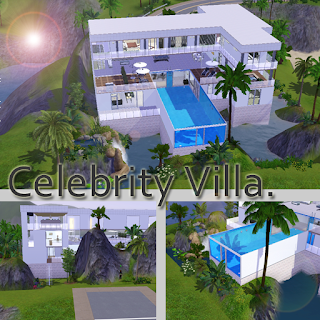 I hope these are a bit inspirational. Thanks for reading :)
Posted by Sara at 2:32 PM