My Sims 4 screenies from Creators Camp.

So I got them, so without further ado.

Here are some of the houses I built. I tried some different styles to see what would work.

My first one was a modern try, but I don't seem to have the screen of it anymore.

Moving on to my bigger house. Country/craftsman style. To see what styles I could make with the basegame :D Click the image for a bigger size. A screen from the inside. As you can see, I struggled with the room dimensions. I made them way too big. We're all newbies in this game! My second one was a Mid Century Modern. I forgot to bump up to the top floor when I took the screen, so the top layer of tile isn't showing. This is where the eave adjustment came in handy. I could extend it right through the stone pillar. Creating that Mid Century feel :D Here's one of my hyper modern bunch of blocks build. It's silly, but it does show off the fountain tool, which can be used to create 'faux' pools for the moment. Also a look at the mirror selection. It's a good mix of styles. My last house is a froufrou little Painted Lady house. This was a fun little build. I couldn't make the roofing dance for me yet, but I guess I have a lot of practice before me :D Also, the rock selections. These guys come in three colors. Grey, reddish and darkish (I don't remember the precise ones ;) ) 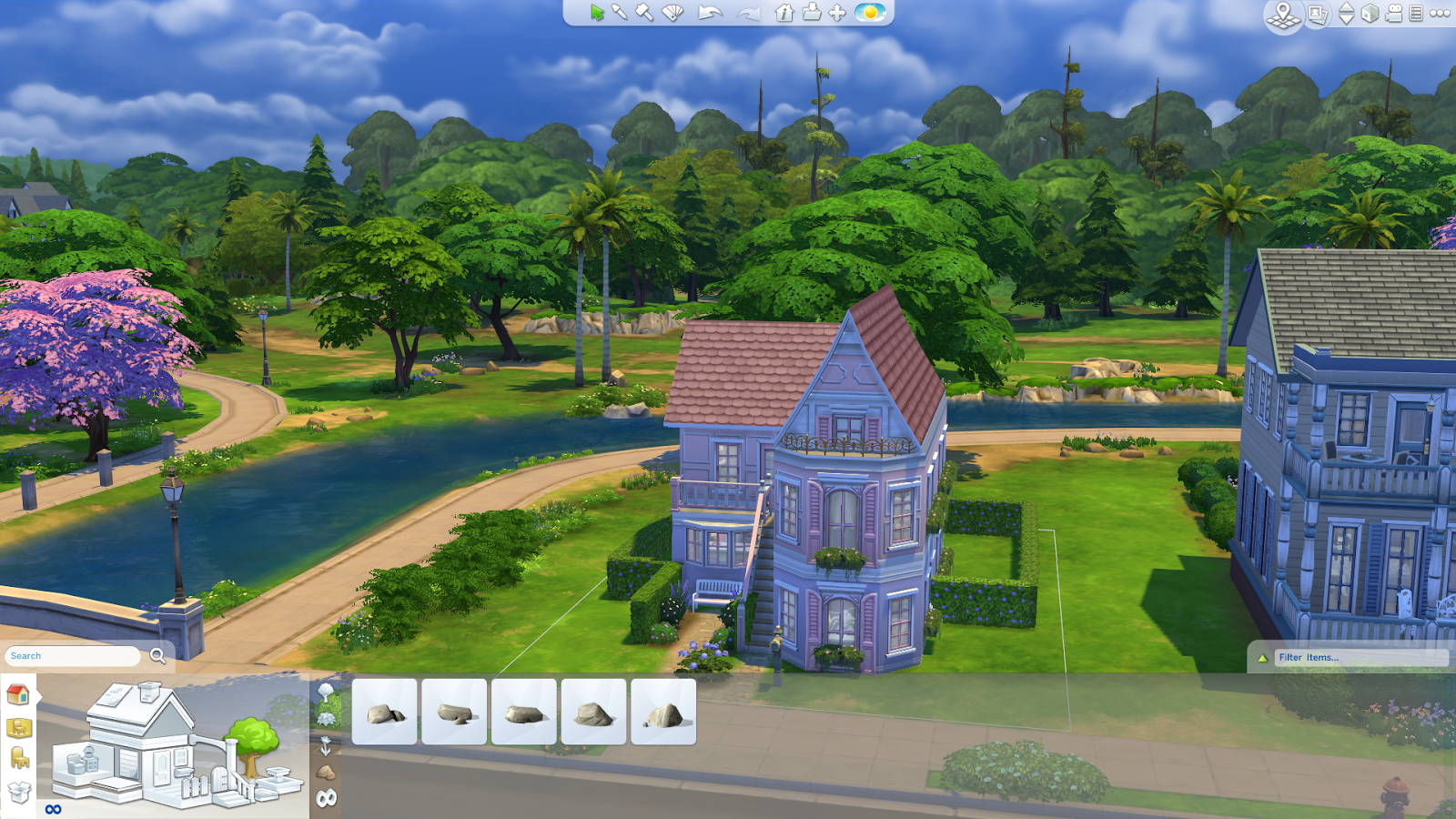 Here are some random views from the family I played once I tore myself away from building.
The first one is in their bedroom. It shows of the better routing. The Sims can enter their bed. Both of them, even in that narrow space! :D This here has to be my favorite item in the game. He's so cute. Chompy the Monsta, but he wants to be friendly. <3 p=""> 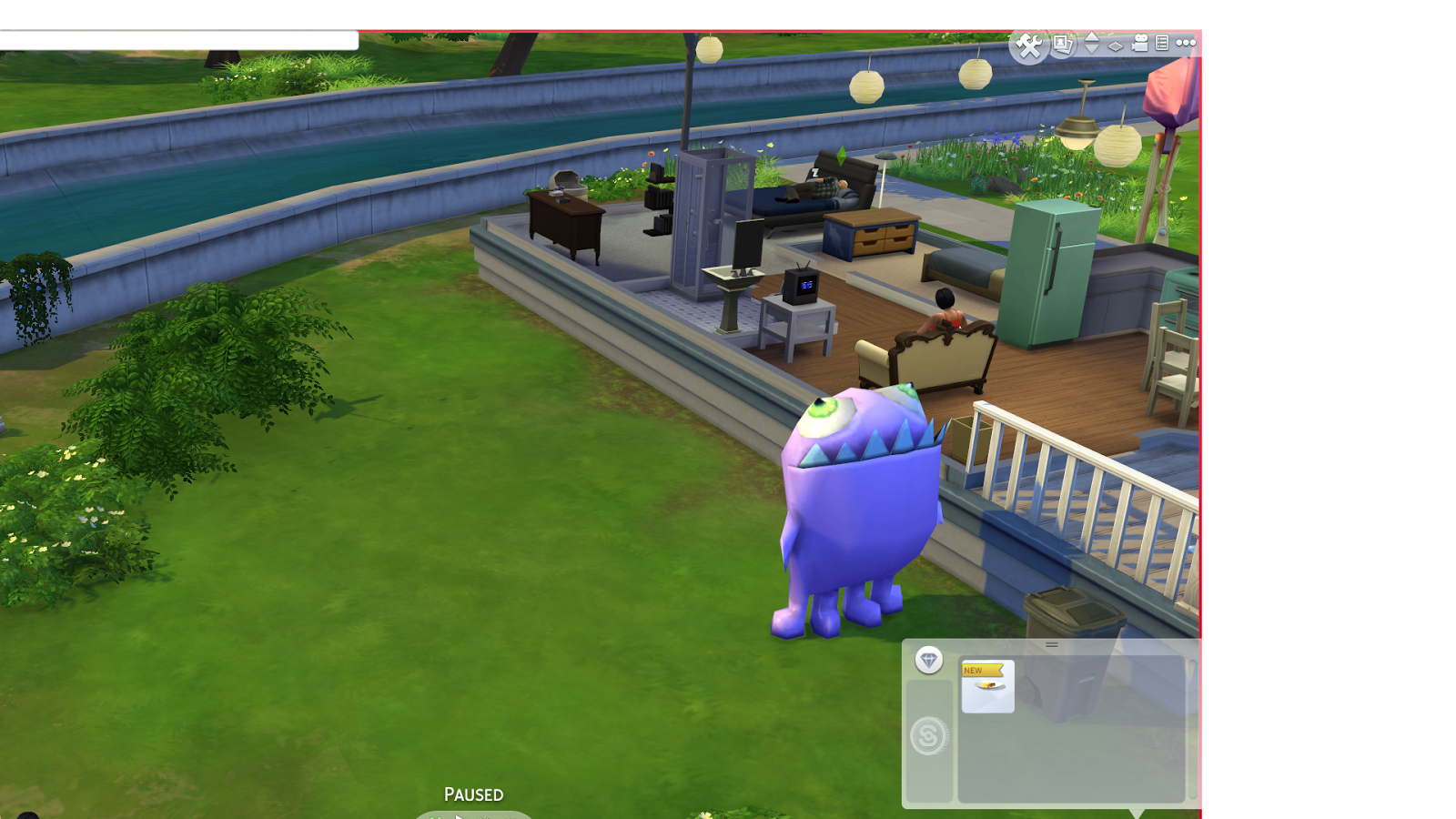 My Sims are such slobs! Great place to put that plate guys! Another Chompy cameo! 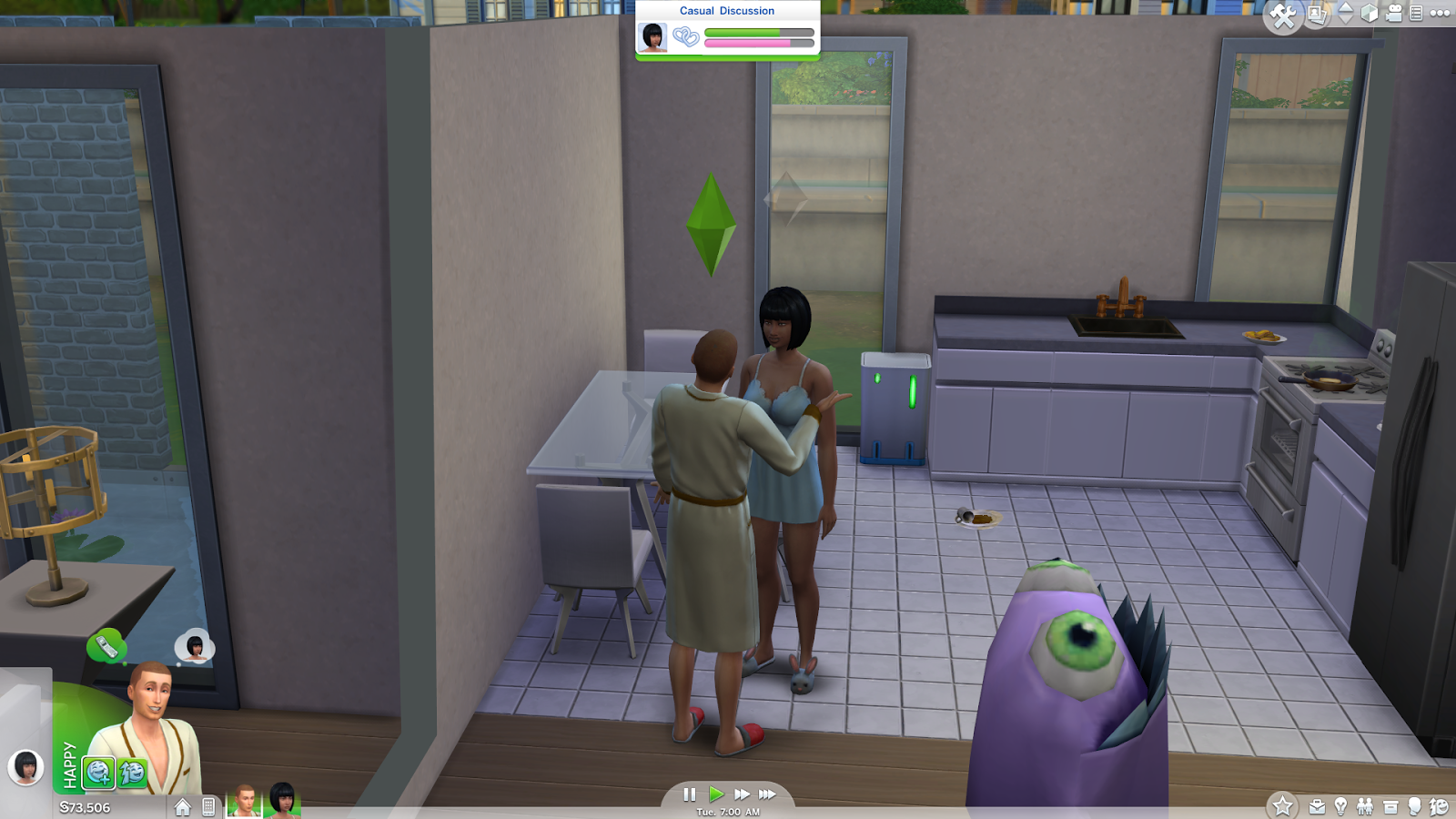 And another. Obsessed much yes? Edit: Also, tv stands! :D And lookie here! Babies! And you can pick em right up, hug and cuddle them. And guess what? They don't leave them on the floor!

Oh, and I believe a friend of mine was able to adopt just fine. 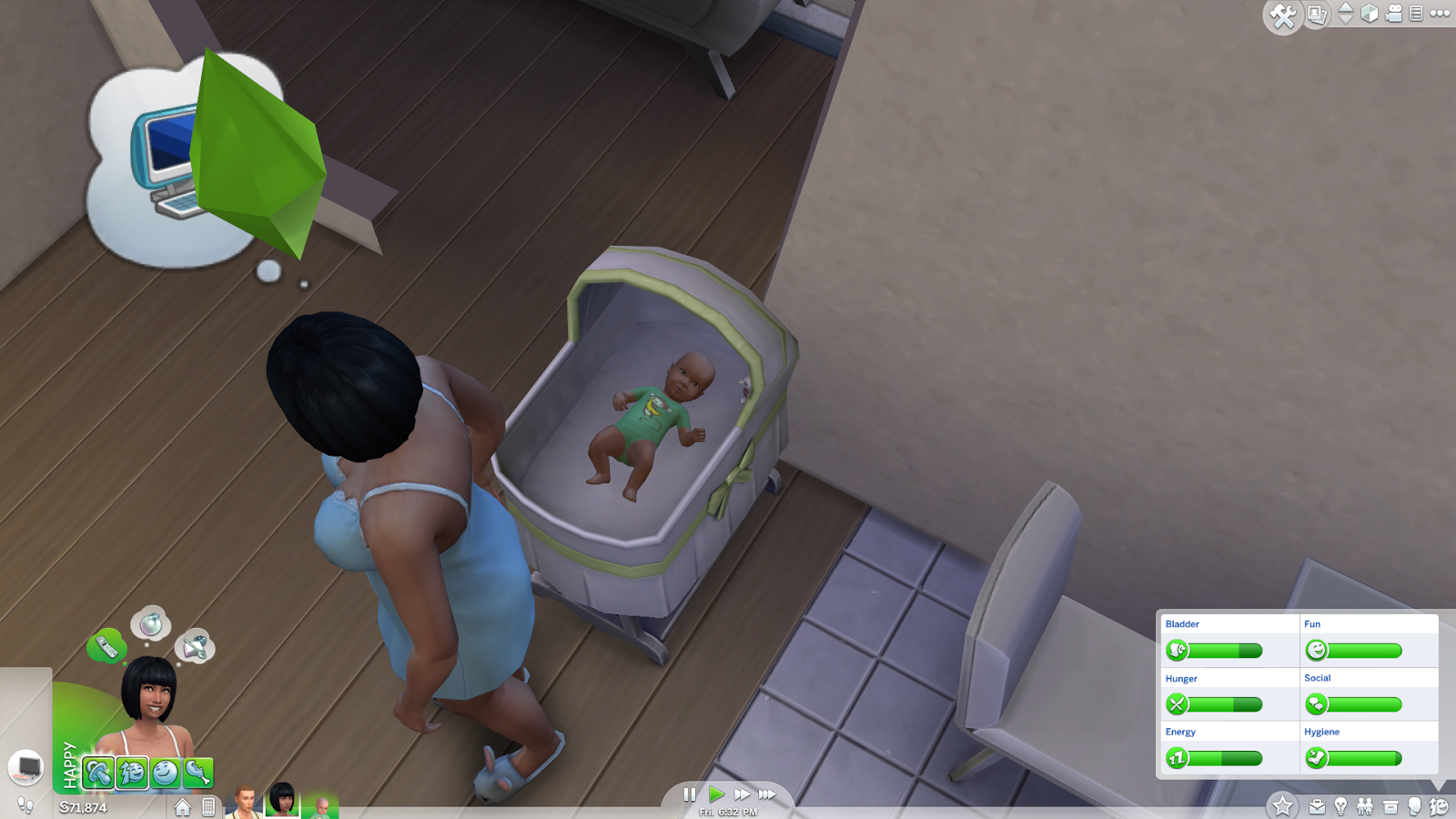 Oh and here's a shot from the career selection screen :D The list isn't full, but the last one is the Secret Agent, which I had highlighted. 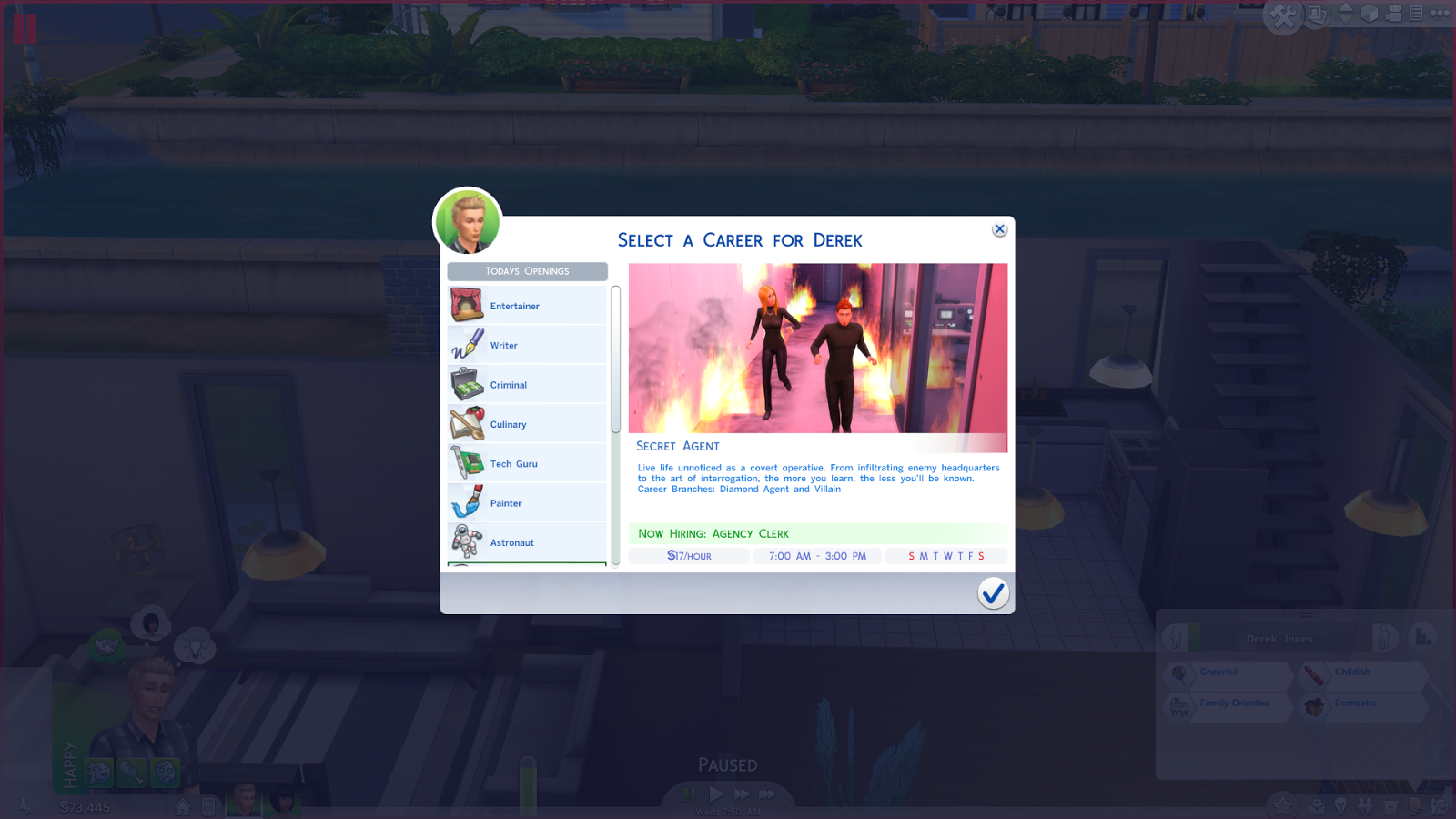 There go you guys! :D Hopefully they were of some use!

I got asked about my bad screenie. Guess one can see some of the toys in the catalog! 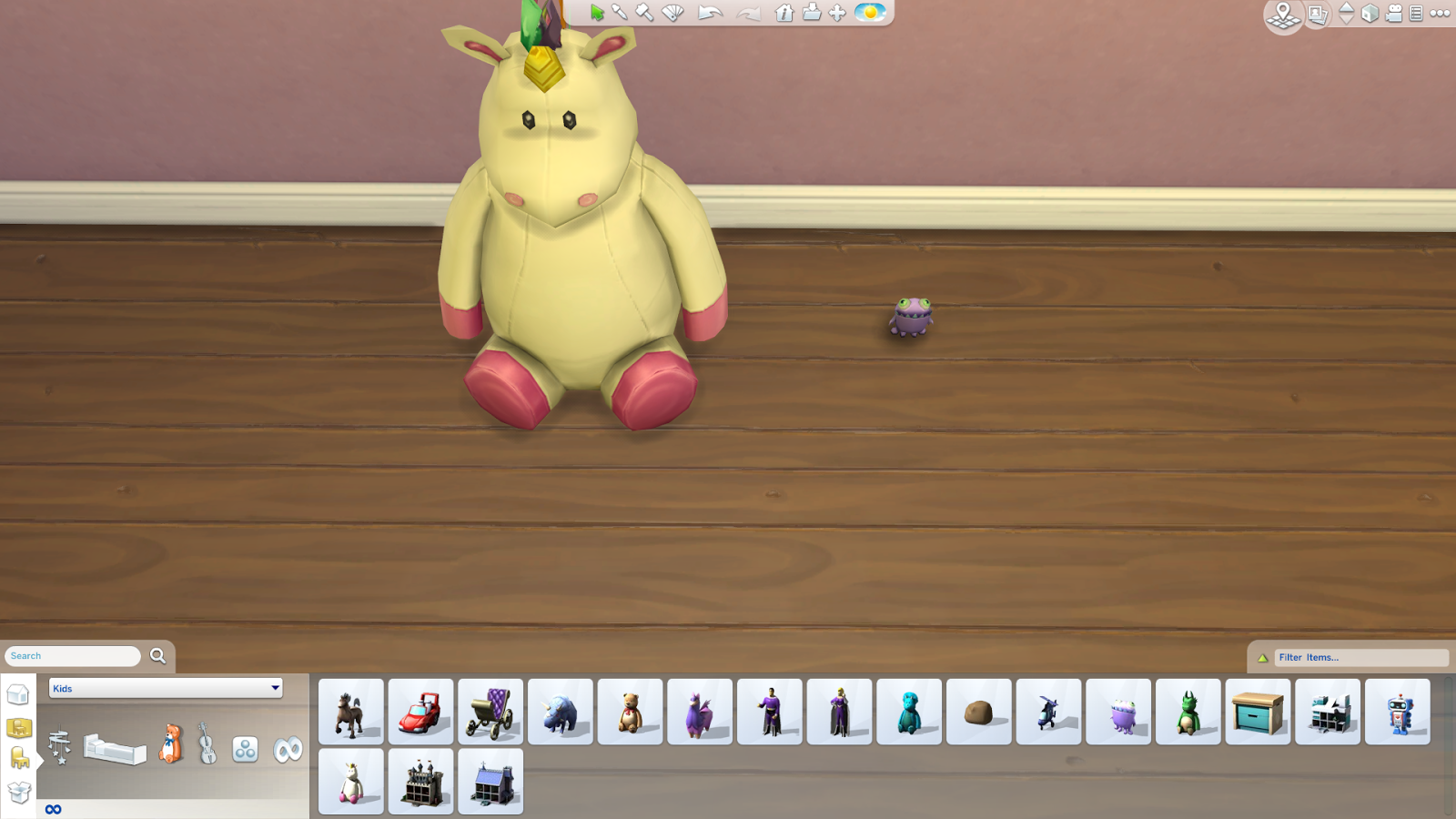