Fair warning, this is a post about my personal life. So if you wish to spare yourself from a long and boring piece of text, please help yourself to the rest of the Internet ;)

If you're still here, I salute you, brave reader. Some of you may have noticed I have been around a lot these last months. That's because I'm home on medical leave, have been since December 22th 2014. Reason? I had two herniated discs in my neck. Basically my neck was crooked and a nerve got stuck behind it. I found this out after a day of work. While my job is physically taxing, the pain I felt in my arm was disproportionate.
After a visit to the ER in my local hospital, they quickly found out about the discs. Then started a long journey of doctors, more doctors, scans, infiltration treatments etc. All of those didn't work, so my neurosurgeon decided to perform surgery.

I am now 2 months post-op. The pain in my neck is better, but not gone completely, plus the rest of  my joints regularly act up. Specifically my wrists. Boy did I pick the wrong hobby huh?
I will have to remain home for three more months. In this time I will have to go do physical therapy in order to get stronger and get my spine 'fixed' again.

In the same breath, my current doctor told me I will probably never be able to do the same job again. At least not without damaging myself any further, which is a shame, as I love my job. My co-workers are the best in the world and I've known them since a long time.
I know I have plenty of options left, but at 32, I don't want to 'start again' somewhere. Being the one that no one knows, being a complete noob at the job again. I've been there many times.

So that dangling sword of Damocles plus pain everyday sometimes makes me grumpy, even angry. Because I've had it. I know I'm working on getting better, but it's just not fast enough. I just want to wake up one morning without feeling as if I fought a battle during the night. 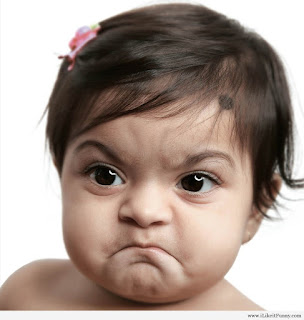 I try to channel all this into positive things like being with my family, streaming and playing games. Ninety percent of the time that works, but sometimes it just doesn't and I get angry at the smallest thing. For instance, it's been a while since I've been able to pick up my own kids, and when they hurt themselves and want to be picked up by mommy, I gotta tell them that I can't. They can't ever play a little rough with me because mommy's neck hurts.
I don't want my kids to think I'm some fragile plant you can't touch, but that's basically what's up.

Also, life, household and responsibilities go on, business as usual. Ok, this was quite enough of a pity party. I'm glad to have written it all down. Just doing that made me feel better already. So if you by any chance were wondering what I was up to, now you know.